The Platinum-SL4 Bullet Starlight Camera is a High Quality, High Definition 4-in-1 Programmable
Choice Camera, and has a choice of HD (1080p) or analog 960H (700 Lines) output formats (CVI/TVI/AHD/CVBS Output via Menu).

This Camera is equipped with adjustable TRUE WDR Light Control (not digital or artificial) that accurately corrects areas of the picture that are too bright or too dark. True WDR is a premium feature not found on lesser cameras.

This Bullet camera operates on 12V DC and uses less than 7.5 watts of power.

Remains in COLOR mode in dark environments far longer than any other camera on the market.

This Premium SONY Chipset is what makes this camera a Platinum Series. 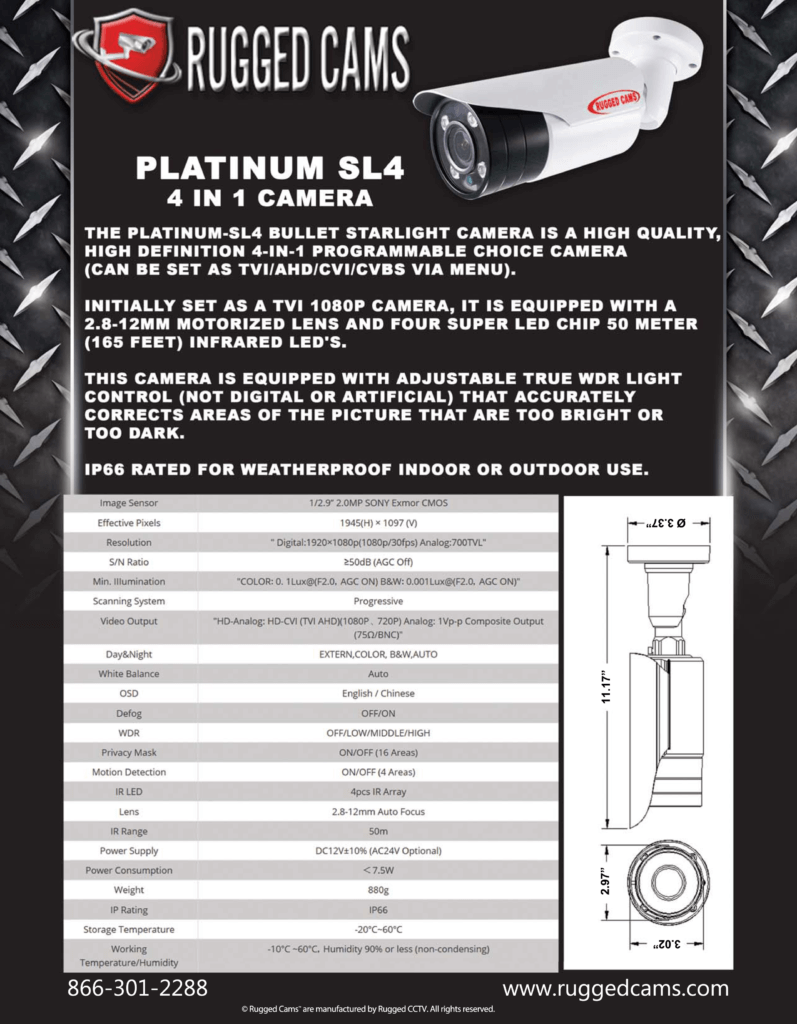