The Platinum-SL3 Bullet Starlight Camera is a High Quality, High Definition 4-in-1 Programmable Choice Camera, and has a choice of HD (1080p) or analog 960H (700 Lines) output formats (CVI/TVI/AHD/CVBS Output via Menu).
The analog output is available simultaneously as the HD output, so hooking up a tester screen or an analog monitor does not require disconnecting the HD output.

This Camera is equipped with adjustable TRUE WDR Light Control (not digital or artificial) that accurately corrects areas of the picture that are too bright or too dark. True WDR is a premium feature not found on lesser cameras.

This Bullet camera operates on 12V DC and uses less than 4.5 watts of power.

This Weatherproof Indoor/Outdoor IP66 Rated Bullet Starlight camera has a Temperature range of 14°F to 140°F.

The Menu can be accessed from the Joystick Control on the cable, or from the DVR.

The motorized Lens can also be controlled from the Joystick or the DVR.

The Platinum-SL3 is powered by a SONY 1/2.9″ 2Megapixel Progressive Scan SONY Starvis CMOS chipset.
This expensive SONY Starlight IMX291 CMOS Chipset delivers true colors and a brighter picture under extreme low light conditions. Remains in COLOR mode in dark environments far longer than any other camera on the market.

This Premium SONY Chipset is what makes this camera a Platinum Series. Outputs 1080p at 30 fps, and 700 TV Lines analog simultaneously. 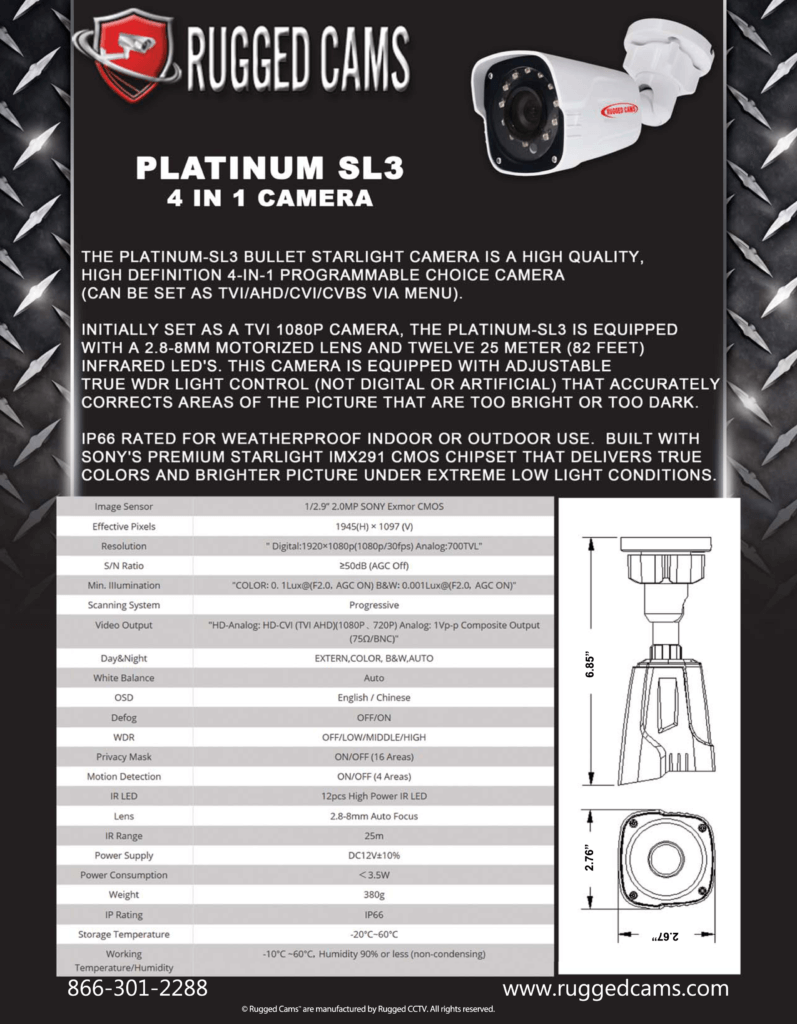